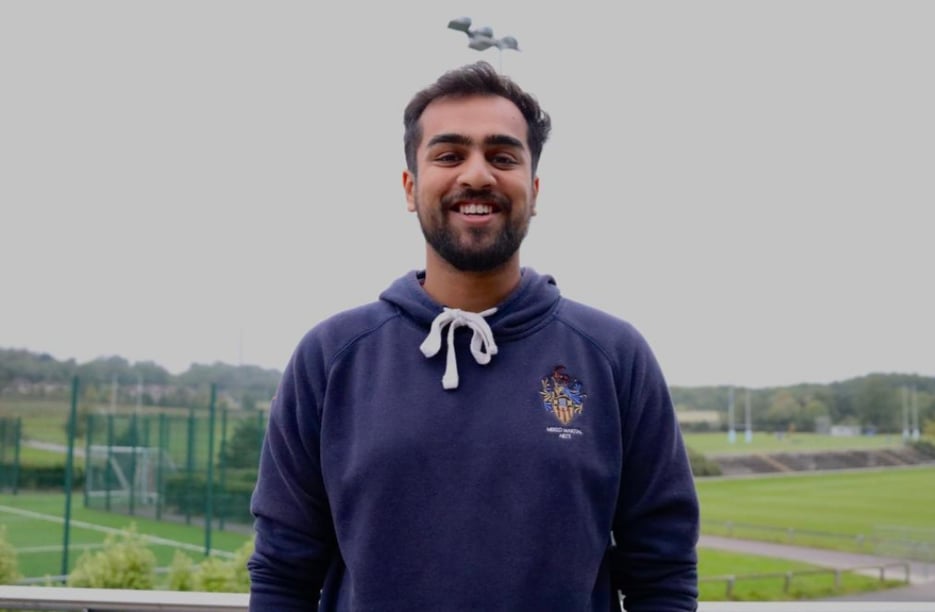 To mark World Mental Health Day, we spoke to fourth-year student and president of the Mixed Martial Arts club Ricky Patel about the positive impact sport and physical activity has had on his mental wellbeing.

Ricky got involved in the MMA club during his first week in university and he hasn’t looked back since then, but his story does extend back three years prior to this following an incident when he was 15.

“I got into an incident where someone tried to jump me and it was a turning point in my head where I thought that I need to learn some kind of self-defence and also improve my mental health as that was obviously a real downer at the time,” he said.

“I found self-defence and martial arts as a solace for me. It’s definitely helped from a mental health perspective, but it also helped me really feel a sense of community and have people there as a support system.

“Now it’s seven years on and I’m still going naturally. It’s not even for any of those reasons necessarily as it’s become habit and I just have to go – I feel weird if I don’t.”

Speaking specifically about his experiences at University of Surrey, Ricky said he quickly felt a connection with the MMA club after simply attending a beginner’s class. He also feels that taking part in sport has supported his mental wellbeing by establishing a sense of routine.

“I started off in my first week of first year and I quickly made friends in the club. I knew that this was what I wanted to carry on with. I wanted to do other sports on a more social level but MMA was the one I would stick with because I felt that connection with it quickly.

“It’s helped through university. Obviously, uni is fun but it’s not always the easiest time, but MMA is a good stress relief. Punching some pads never goes amiss!

“From a mental health perspective, it gives you a routine in life. Not only training, but competing gives that sense of discipline that I’ve kept for the past few years and if I didn’t have that then there might be a lack of structure in my life.”

There are many scientifically proven reasons why sport and physical activity can benefit your mental wellbeing by releasing chemicals that make you feel good and help reduce stress and anxiety. However, the sense of community that often comes alongside physical activity can also have a hugely positive influence, as Ricky points out.

“I look for that sense of community no matter what club I go to. I fit in well there (at the MMA club) so I could see it was going to give me that structure during my time here in Surrey.

“MMA is not a team sport – it’s very individual – but there’s still that strong sense of community. Everyone you train with is behind you no matter what you do, so we’re all supporting each other and pushing each other and that’s quite key in the club.”

Reflecting on his time at university, Ricky said the one piece of advice he would give to new students would be for them to join a club or society.

“There are so many opportunities so you’ll find your place somewhere. As soon as you find it, you’ll feel so much more relaxed at Uni and everything else will feel so much easier.

“It could be multiple groups. You might have to do some digging but don’t say no to anything – even if it’s not your usual style. The things you wouldn’t expect to like are sometimes the things that catch you.”

To mark World Mental Health Day 2021, we’ve launched a new donation reward on SurreyMoves+ where you can contribute £1 or £5 donations to Mental Health UK as part of their ‘Mental Health in an Unequal World’ campaign.