University of Surrey Boat Club have seen their excellent progress recognised on a national level as they won two British Rowing Awards and were shortlisted for a third last month.

Coach and ex-club president Eleanor Stevens and Head of Rowing Samuel Tuck picked up individual awards, while the Beginner Men were shortlisted for University Crew of the Year.

Ellie claimed the Rising Star of the Year award for the Thames region in recognition of her crucial role in growing USBC over the past few years.

This award recognises young volunteers who have made an exceptional contribution to their sport, with the former president, coach and valedictorian having focused on the club’s Development Squad to help the novices reach their full potential. 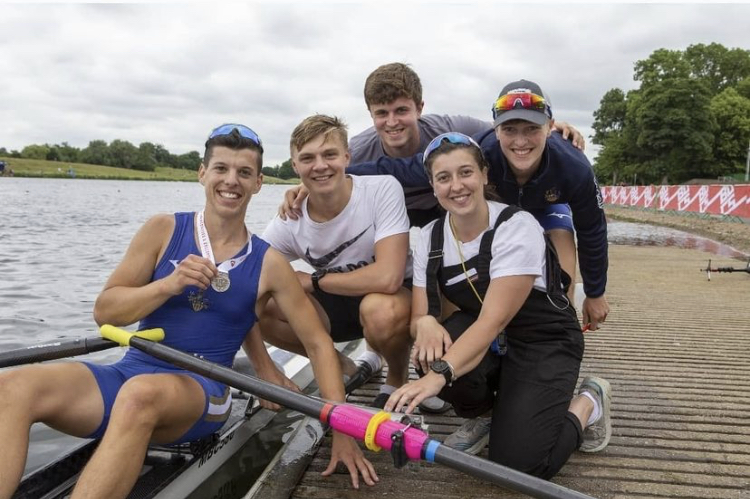 Above: Eleanor Stevens pictured with Manuel Bradicic who won Silver in the men’s beginner single at BUCS 2021.

Meanwhile, Sam has been awarded the Education Performance Coach of the Year prize. This is presented to the coach who has made the most significant impact on the performance of either an individual or a group of rowers at national level events such as BUCS Regatta, Henley Royal Regatta and Henley Woman’s Regatta.

Above: Beginner Men taking Gold in the Quadruple sculls at BUCS 2021

Team Surrey would like to offer a huge congratulations to those involved from USBC on their awards.