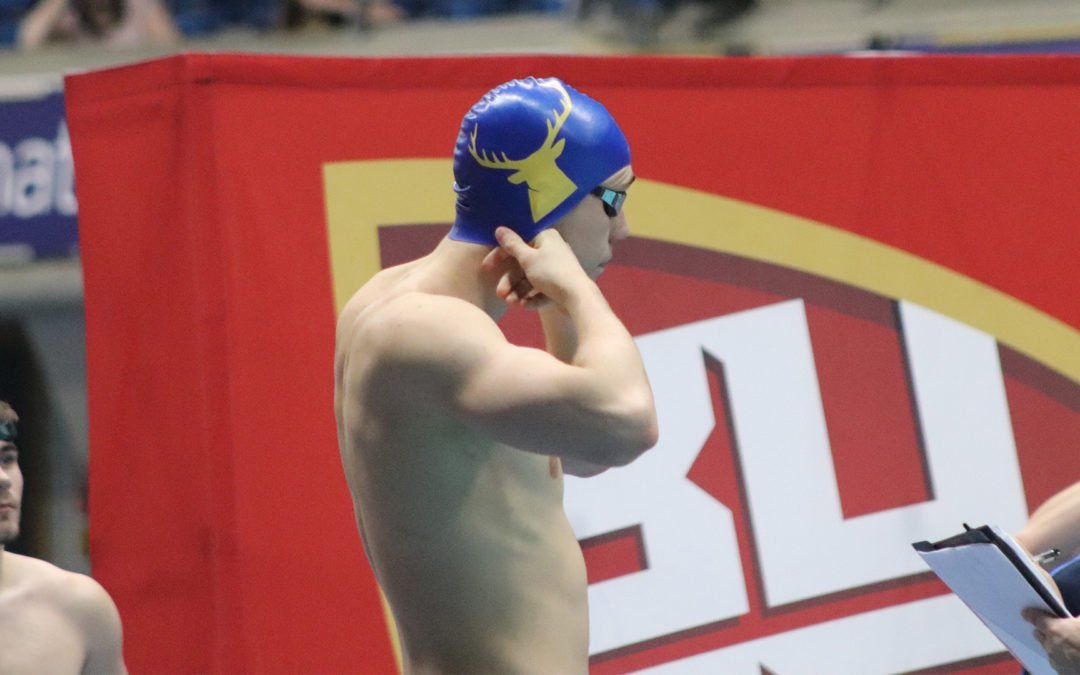 On Friday 15th February, an array of Team Surrey athletes undertook the 180 mile trip from Guildford to Sheffield for the annual BUCS Nationals weekend.

Securing a total of eight medals across three different sports, it’s safe to say it was an incredibly successful weekend for our competitors.

Competing in badminton, judo, karate, swimming, athletics, fencing and climbing over the course of the weekend, our athletes were hoping to improve on their own personal bests and secure podium finishes.

The first medal of the weekend was claimed in the swimming by first year Team Surrey Sports Scholar Millie Emmans, smashing her personal best in the 1500m freestyle to claim bronze.

Fellow Sports Scholar Rory Huggins also impressed by making the Men’s A 50m Fly Finals. Whilst the women’s team won the B final for the 400m Freestyle relay.

It was double delight for the Judo Club on Saturday, with Dan Sinclair and Isabelle Blackwell both securing bronze medals.

However it was the Karate where Surrey showcased their best results, amassing a total of five medals and the 4th highest points total out of all competing universities.

On Saturday, four athletes battled their way to the final of the Women’s Team Kumite, eventually losing out to Coventry to claim a silver medal.

Rounding off the medallists was Sports Scholar Emma Plumley, who showed incredible determination to earn gold in the -55kg Senior Kumite.

In the fencing, Surrey struggled to build on last year’s success. Yet, first year Sports Scholar Rachel Barnes still impressed with a 6th place finish in the Women’s Épée.

Athletics too proved a tough affair, Sports Scholar Alexa Eichelmann unable to overcome the opposition in the pole vault, but still achieving an incredible 3.60m vault.

Finally, Badminton and Climbing put in some stellar performances across the weekend, but were unable to make their way to the podium for this year at least.

Congratulations to all medallists and competitors on an outstanding BUCS Nationals performance!

You can find a full photo album from the weekend here.