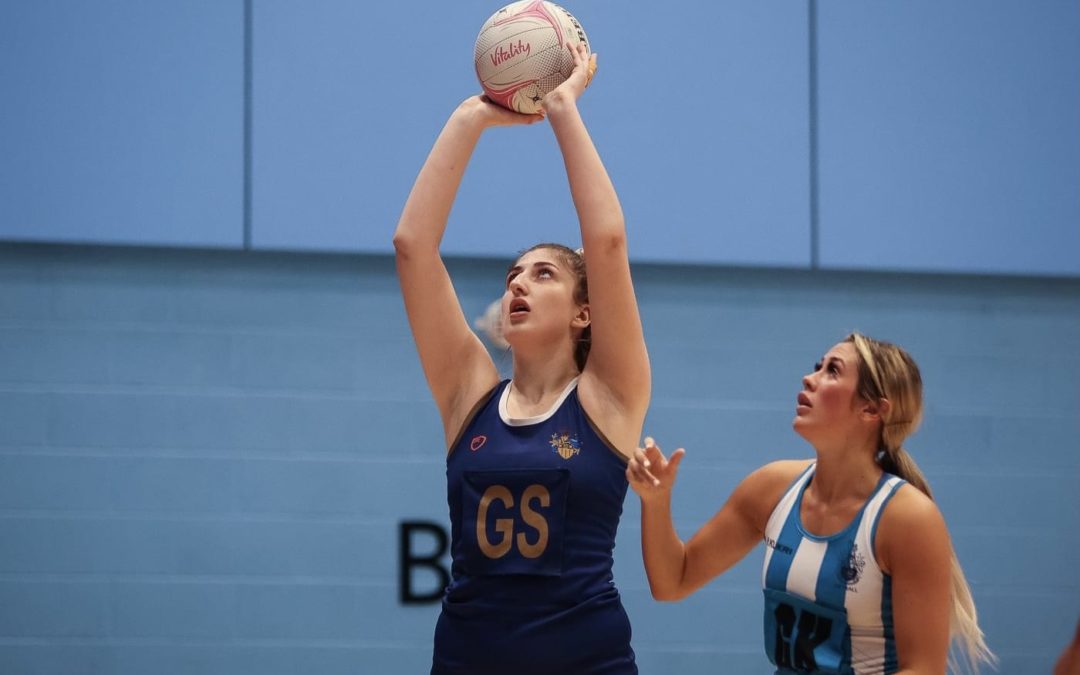 Team Surrey athlete Grace Thompson will represent her country in netball after she was named in the English Universities Sport (EUS) National Squad for the 2021/22 academic year.

Grace, who plays at Goal Shooter, competes for Team Surrey Netball in the weekly BUCS league matches and she studies Sociology at University of Surrey. She also formed part of the 2019/20 Surrey Storm Under-21 squad.

English Universities provides opportunities for student athletes to represent their University and compete in top-level competition whilst working within a high-performance environment.

The English Universities Netball Squad hosts a team of likeminded student netball players from across the country, and creates the opportunity for high-level training and match-play against other national squads.

Speaking of her selection, Grace said: “The amazing opportunities and support provided by my coaches, team and everyone at Team Surrey is what has enabled me to reach the England Universities Netball Squad, and I am so excited to represent Team Surrey at this level in a sport I love so much.”

The EUS squad will meet on several weekends throughout the upcoming year for matches against sides such as England Under-21s, Scotland Under-21s and the British Colleges squad.

Team Surrey would like to congratulate Grace on this fantastic achievement and we are looking forward to following her progress as part of the EUS squad during 2022.