USBC enjoy another successful year at BUCS Regatta in Nottingham 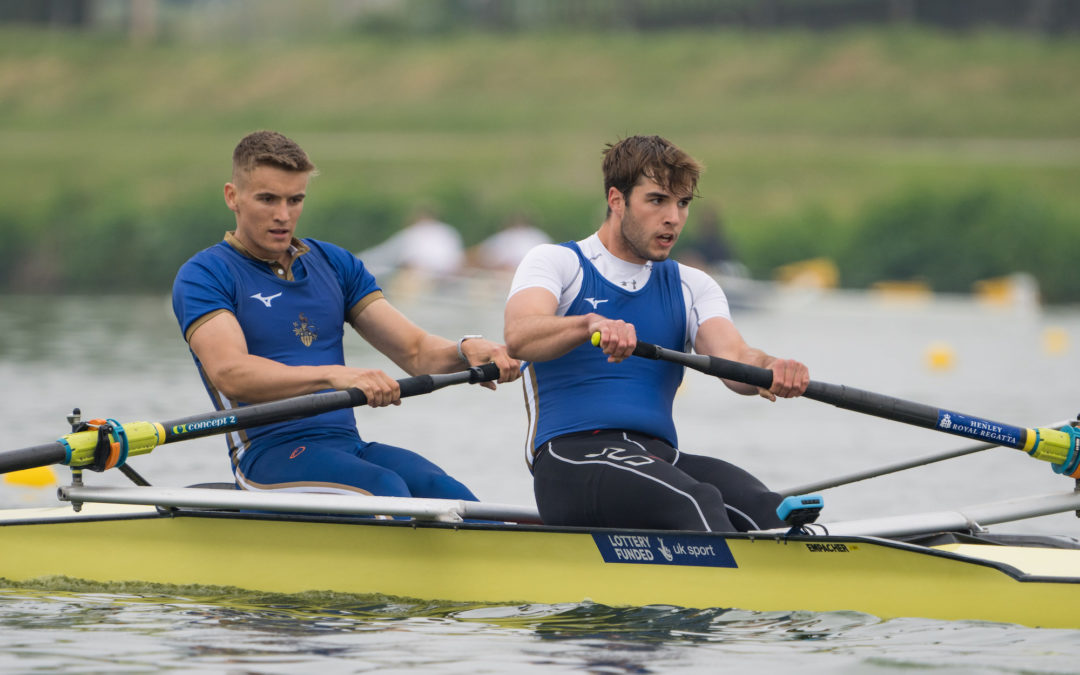 University of Surrey Boat Club enjoyed another successful year at BUCS Regatta which took place at the end of April as they produced a fantastic performance to place themselves 11th in the Victor Ludorum table.

Here’s the full report from USBC…

“On April 30th, USBC travelled to the National Water Sports Centre in Nottingham for 3 days of racing at BUCS Regatta. It was time to see all the hours of hard work pay off, racing other university crews in a 2k side-by-side competition.

Day 1 saw Surrey’s Senior and Beginner crews compete in both sculling and sweep events. Highlights include the Beginners Women’s 8, made up of Maddie Egan (stroke), Ellen Green, Ciara Stirrat, Alice Hogben, Elsie Overend, Zoe Stearns, Bryony Hewitt, Frankie Hammond (bow) and Ellie H-D (cox) crossing the finish line 31 seconds ahead of second to pick up the gold medal, with this being USBC’s first of many medals to come.

Zoe Stearns, captain of the beginner women’s squad said: “It was exhilarating to pass that finish line, both as an athlete and as a teammate, you get such a rush of pride”. The beginner men also put on a show coming second in both their time trial and semi-final before fighting hard for a bronze medal in the A final of the Men’s Beginner Quad event, an incredible achievement.

The seniors also had a great start to the weekend with Aidan Thompson putting up a fight in the very respected Men’s Championship Single Sculls event, winning a silver medal. The senior men’s singles didn’t stop there with 5 other members racing in the Intermediate Single Scull. Of these athletes, Tom Fortnum went on to win the C final. The Senior Women’s squad also had great results demonstrating the excellence of USBC with the Women’s Intermediate Quad, reaching the B final. Sacha and Leonie Kennedy placed 6th in the A final of the Women’s Championship Lightweight Double Sculls where they were up against Olympic and world-class scullers, an incredible achievement and honour for our athletes.

Day 2 saw an influx of medals from all squads; starting with the women’s development squad who once again proved their strength making BUCS history in the Beginners Coxed Four event where they secured both 1st and 2nd place, bringing Surrey’s medal tally to 5. Leonie Kennedy also had a busy Sunday doubling up on events. She first won silver in the Women’s Lightweight Intermediate Single Scull before jumping into the Women’s Lightweight Coxless Four to win her second silver of the day alongside her crewmates. Competing in two events on the same day is no easy feat and to medal in both is extraordinary.

USBC’s Men’s Intermediate Coxed four also sought success, with Sydney Burnard (stroke), Ed Stracey, James McMullan, Jamie Gamble (bow) and Ellie H-D (cox) securing the silver medal by just 0.2 seconds. The D final of the Men’s Intermediate Double was another race to remember where 3 of the 6 lanes held USBC crews. The 3 crews battled it out the whole race with Manuel Bradicic and Tom Fortnum having victory in what was named “the ultimate showdown”.

With such great results, USBC is in an exciting position at the beginning of the regatta season, stepping onto the toes of the biggest university rowing programmes in the country. Head Coach, Sam Tuck leads this program and guides such success of the club. The focus for Team Surrey’s Boat Club now turns to Henley Women’s Regatta and Henley Royal Regatta, the most prestigious Regattas in the world. USBC remain excited to show just what they can achieve.”