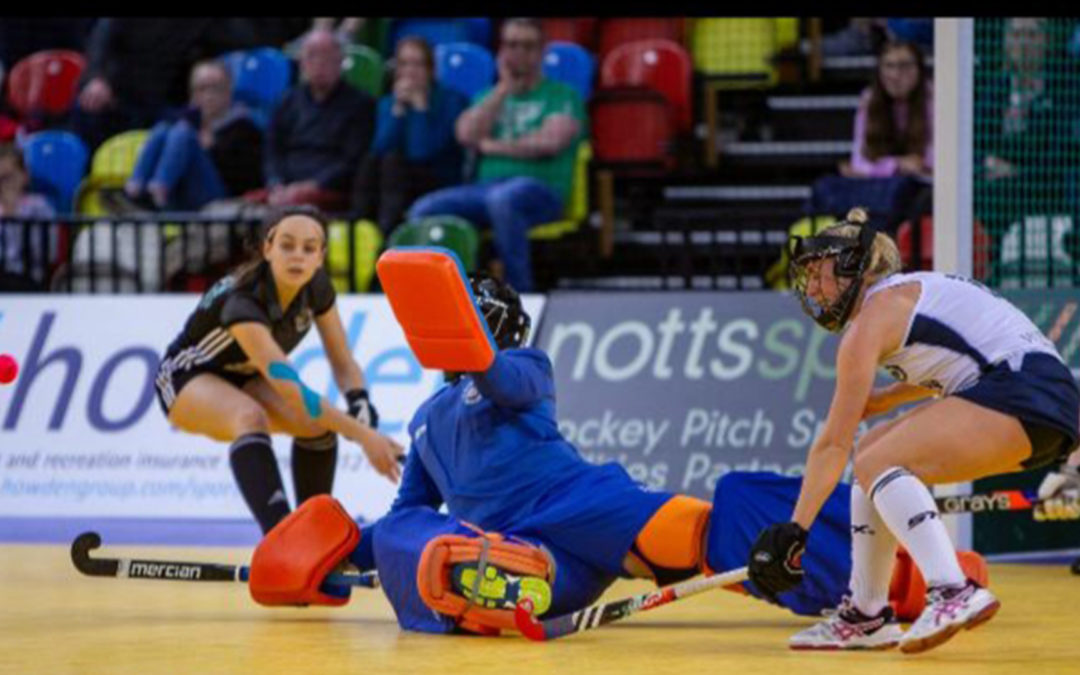 The first year University of Surrey student took to the Copper Box Arena on Sunday 27th January for the finals of the prestigious competition.

As the team’s starting goalkeeper Regan was integral to the success of the team in the tournament, helping to guide them all the way to a final-winning finish.

We caught up with the International Politics undergrad following her incredible achievement. 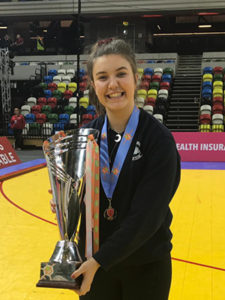 “The experience of playing at the Copper Box in front of such a huge crowd took excitement to a new level, and to win the tournament with such a great squad was just the cherry on top.” Regan told us.

Having been a part of the East Grinstead squad for the past three years, Regan has shown she has what it takes to make it at the top level.

“I have had to be patient and train hard to get the opportunity to play in the Premier League and make my debut at the Jaffa Super 6s.”

“I hope to be able to cement a regular 1st team place in the Premier League team, and be a part of the squad that goes to the European Indoor Club Championships next year.”

Regan also noted how her time as part of the Team Surrey scholarship programme has benefitted her during her time at the University.

“I have been provided with tremendous strength and conditioning, and physiotherapy facilities.”

“Kristian Browne, the Sports Scholarship Officer, also helps to organise pitch availability for me to continue my 1-1 goalkeeping coaching.”

Team Surrey would like to congratulate Millie on her triumph at the Jaffa Super 6s, and wish her the best of luck in her upcoming endeavours.

Think you have what it takes to become a Team Surrey Sports Scholar? Click here to find out more about our offer.