University of Surrey Boat Club delivered a fantastic performance at BUCS Head this year which saw them finish at third spot overall in the medal table.

Over the 26th-27th February weekend, they travelled to Newcastle for BUCS 4s and 8s Head. It was time to see all their hard work pay off, racing other university crews in a time-trial competition across 5km (for the Senior athletes) and 3km (for the Beginner athletes).

Day 1 saw Surrey’s Senior crews race in Intermediate and Championship events. Highlights include the Men’s Coxed Four, made up of Sydney Burnard (stroke), Ed Stracey, James McMullan, Jamie Gamble (bow) and Ellie H-D (cox) crossing the finish line in a time of 16:06.2, earning themselves a silver medal. Sydney, who stroked the 4+ as well as the Senior Men’s 8+ said that he “felt proud to represent USBC coming home with a medal (in the MInt4+)”. 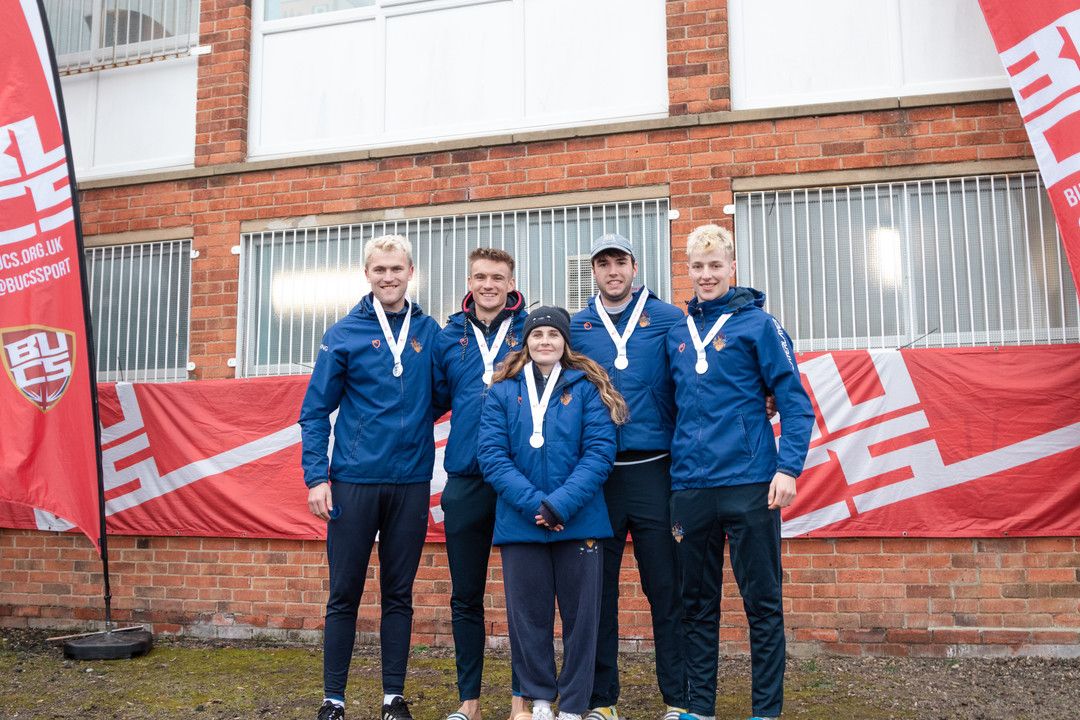 The women also put up a fight over the weekend with one of Women’s Intermediate Quads placing 7th, beating some of the big names in sculling such as Edinburgh and Reading. More medals were brought home on day 1 by the Senior Women’s squad who placed second in the Intermediate Lightweight Quad and won a gold medal in the Championship Lightweight Four.

Day 2 saw the beginners racing down the River Tyne on the 3km course in Fours, Eights, and Quads, showing diversity of talent amongst USBC’s beginner crews. The Women’s ‘A’ Beginner Coxed Four crew secured a gold medal with a huge 30 second lead over Durham in 2nd place and our ‘B’ crew just missed out on a medal by 5 seconds coming in 4th place. The Beginner women didn’t stop there and delivered yet another gold medal performance in the Beginner Eight category. 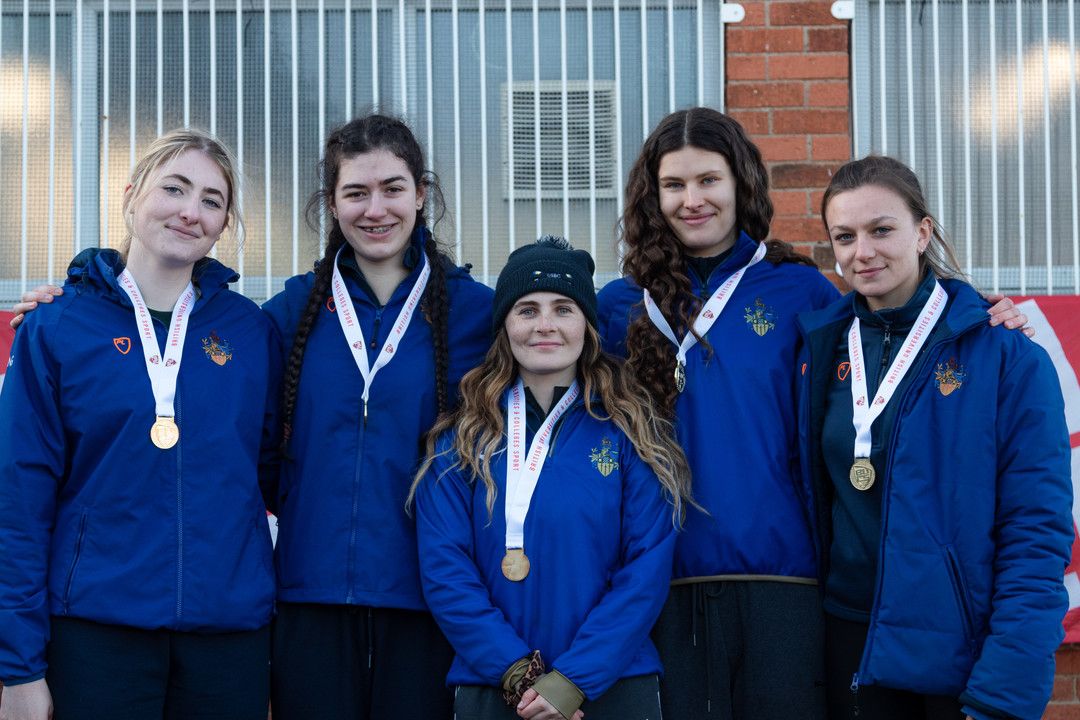 Alice Hogben, who raced in both the Beginner Coxed Four and Eight, shared some words about her first BUCS experience: “Coming into our first Head Race we all felt nervous but as we started racing, it completely changed. We rowed aggressively giving each stroke one hundred percent, encouraging each other the whole way. When we crossed the finish line in the Eight, we knew we had taken the gold. It was a great event, and I can’t wait for BUCS Regatta.

“With such great results, USBC is in an exciting position in the lead up to BUCS Regatta. With just under six weeks to go, the Boat Club remains hugely motivated and rearing to go again.”