University of Surrey cheerleading club Surrey Angels celebrated enormous success during February as they sealed a hat-trick of impressive first-placed finishes and a second-placed finish on both the regional and national stage.

Furthermore, the all-girl level two team Infinity finished at a strong second place at the Future Cheer event in Manchester, while they then claimed the regional title at the Regional Championships event the following week.

“Training commenced on 13th October 2021 with both teams training twice a week for two hours at Surrey Sports Park as they prepared for their competition season. On the 13th February 2022 the club travelled to Future Cheer University Nationals in Manchester, which began with a very early morning 4:30am departure. Eternity, the all-girl level one team competed in a division with eight other University teams. They perfected and smashed their routine and came in 1st place, whilst also taking the title of National Champions. Infinity, the all-girl level two team competed in a division with nine other University teams. They also outperformed the other universities with their routine, even with a few injuries and came in 2nd place! This was an amazing day for all Angels as it was a lot of the members’ first event competition and also some of the members’ ‘last firsts’ in the team.

On the 20th February 2022 (a week later) both teams travelled to London Copper Box arena to compete in the Legacy, Just Believe Super Regional Championships. Eternity, the all-girl level one team competed in a division of four University teams. Yet again, they flourished and impressed with their routine and came 1st place, taking home the title of Regional Champions. Infinity, the all-girl level two team competed in a division of five universities, also including one all-star team. Infinity did the university proud and came in 1st place in their division and took home the title of Regional Champions. 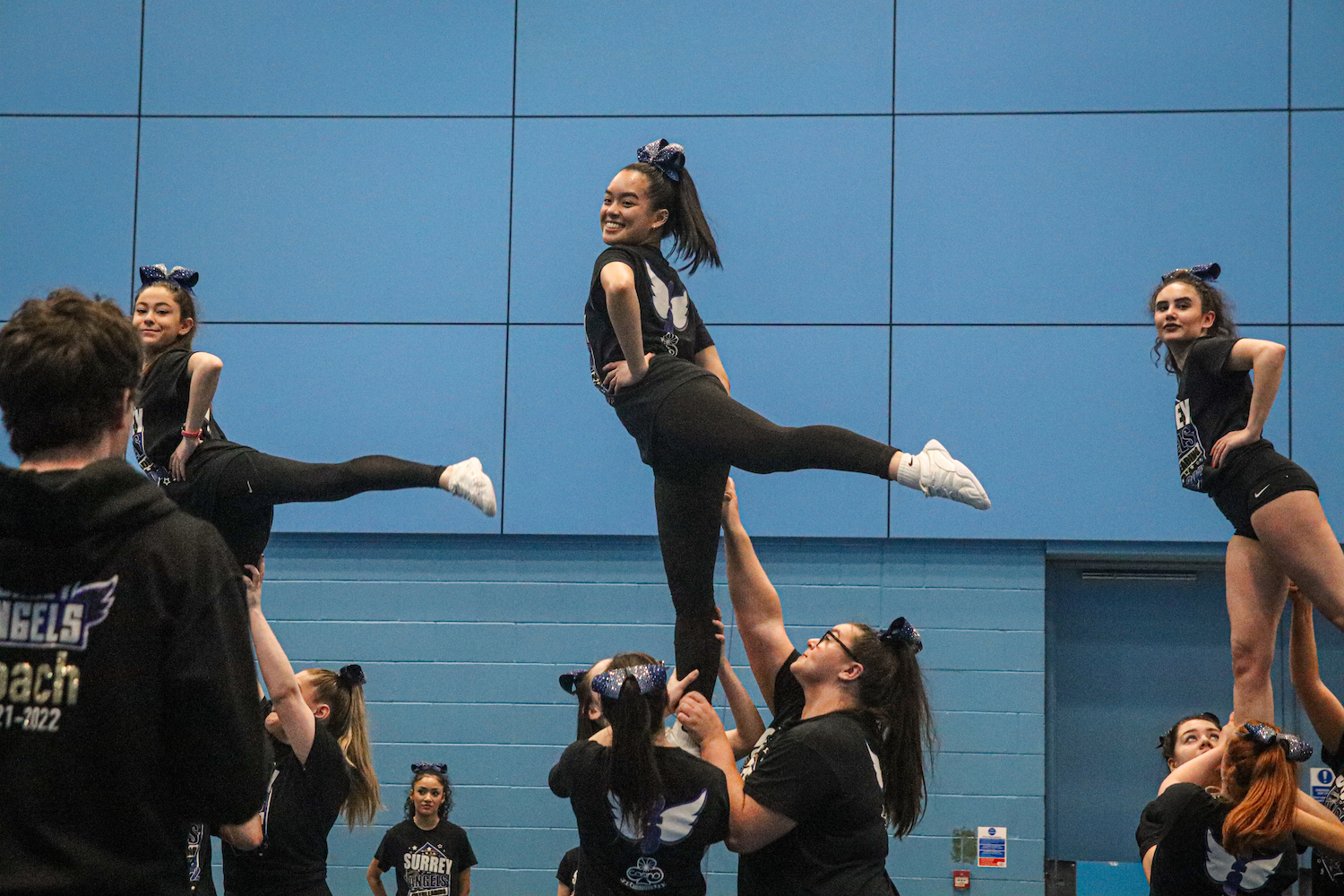 We are immensely proud of both teams and how hard they have been training and performing at these events. This has showed in their competition results as not only have they come home undefeated, but also won by a strong 8% margin! The plan for the Angels going forward is to continue training and to now update and make the routines more difficult before competing at the next three competitions.

The cheerleading Games Squad team has also been making amazing progress this year. They currently have 44 members on this team, with 6 of them being male. The Games Team has been working hard on progressing their skills as well as learning and performing routines for fellow sports societies. They have supported and cheered at Surrey Stingers, UOS Basketball and are due to support UOS Football in the upcoming weeks.”

Team Surrey would like to congratulate Surrey Angels for their excellent competition success of late and we wish them the best of luck at their upcoming events this month.