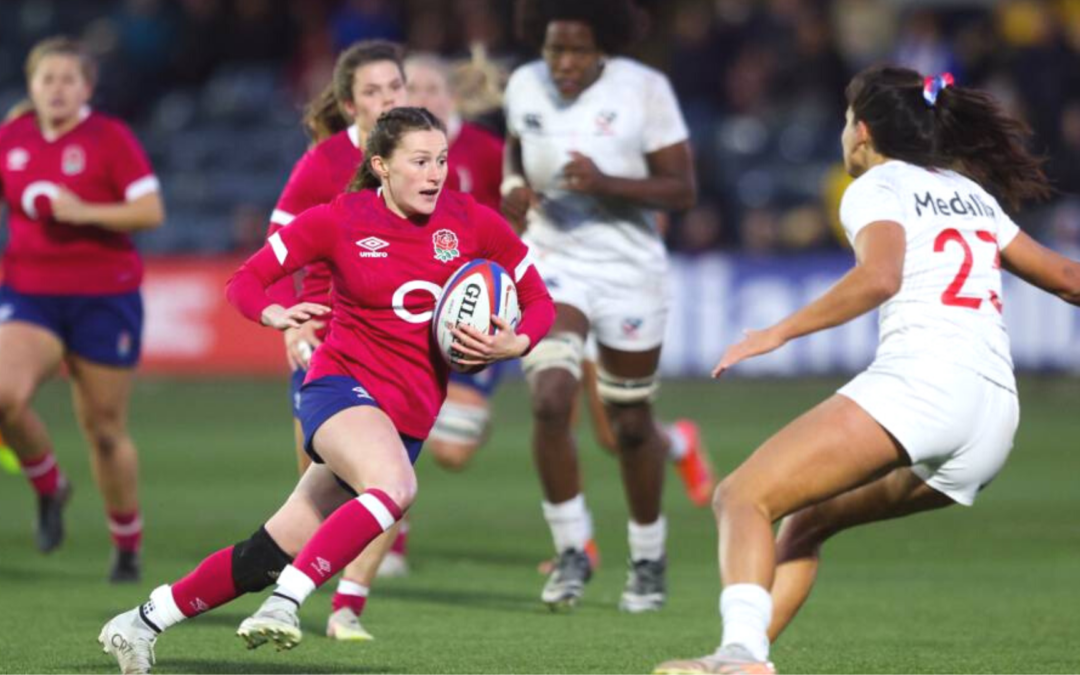 Dual Career Athlete Lucy Packer made her maiden international start in April when England took on Wales in Round 3 of the TikTok Women’s Six Nations.

Team Surrey’s Performance Sport Officer Sarah Collin watched on as the Scholar made her full debut as England’s Red Roses defeated Wales 58-5 in front of a record-breaking crowd at Kingsholm Stadium in Gloucester.

England thrashed a brave but ultimately out-gunned Wales side to claim another Women’s Six Nations bonus-point victory in front of the 14,689 crowd which was a record for an England ticketed home game.

“I feel extremely privileged to be a part of the Red Roses squad and to compete in my first Six Nations. Getting my first start for England in front of a record-breaking crowd was an amazing experience. University of Surrey has been really supportive of my achievements, and I also wish to thank Ede and Ravenscroft for their support in allowing me to play elite sport while studying my Biochemistry degree”

Lucy went on to contribute to the Red Roses’ Six Nations dominance as they won a fourth consecutive title with a Grand Slam win sealed in France. In the process, they set a record for points scored in a single Women’s Six Nations, with their total of 282 passing the 278 they managed in 2019.