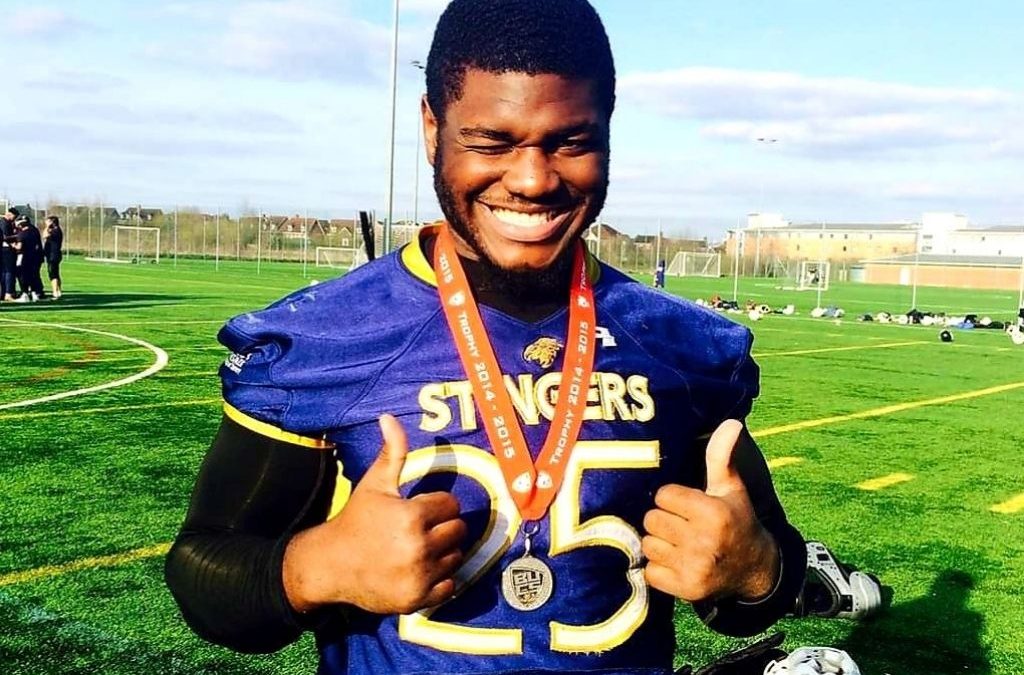 Former Surrey Stingers captain David Izinyon has been recently selected by Hamilton Tiger Cats in the third round of the Canadian Football League’s Global Draft.

David played American Football throughout his time in Surrey between 2012-16 and he is now preparing to make the leap into the CFL after continuing to impress following his graduation.

During his time in Surrey, David captained Stingers for all three years following his rookie season and he led the side to the Southern Conference Finals in the 2014/15 season where they lost to Kingston. 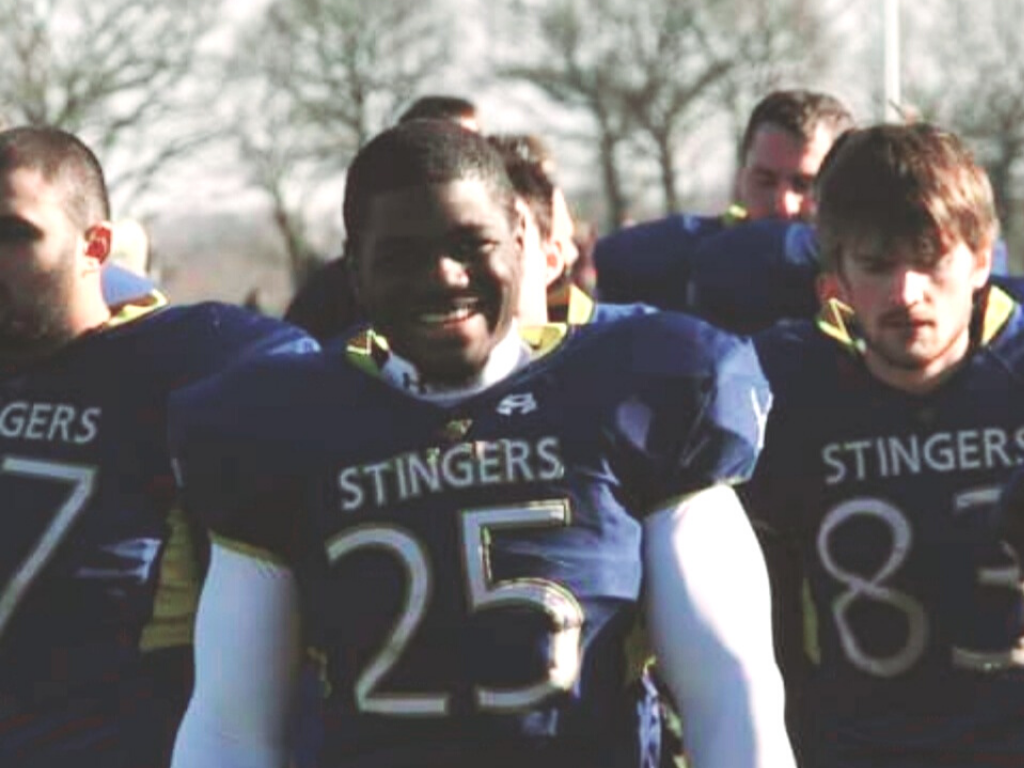 David made a lasting impression in Surrey as he was awarded Team Colours as well as Full Colours during his second and third seasons.

We will now be keeping a close eye on David’s progress as he prepares to make his mark in Canada following the fantastic achievement of being selected in the Draft.